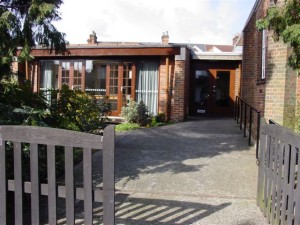 Quakers Decline in the Eighteenth Century

By the end of the Century there was a steady decline in their numbers. This was hastened by Quakers being disowned for marrying outside the Society, or for getting into debt. Many of them emigrated to other countries, or converted to outside denominations. In 1830 the Quaker Meeting in St Albans was formally closed.

By 1868, with the coming of the railways, the City of St Albans began to grow and new Quakers came to the town. In 1905, a weekly Meeting for Worship was established which has continued to the present day.